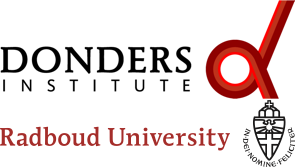 The student will investigate transcriptomic and proteomic networks in the neuron, and how these network relate to experience-dependent plasticity, i.e. change in neuronal structure upon sensory input. This includes developing statistical methods for molecular target identification, and comparison of connectivity in molecular networks to connectivity in cellular networks.

In the nervous system, early stages of information processing are performed by primary sensory pathways where incoming sensory information is encoded topographically to generate neural representations of the sensory world in an activity dependent manner. These sensory maps are products of anatomically and functionally connected neurons. They are formed by spatiotemporally correlated activation of individual neurons and shaped by sensory and perceptual experience through a process called experience-dependent plasticity. Sensory neuronal plasticity is believed to have a fundamental role in determining where and how information is processed as they delineate the sensory circuits that represent the environment.  Although plasticity of these maps is critical for the proper development of neural circuits during postnatal brain development, neural plasticity is also needed in adulthood to ensure adaptation of the brain to ever-changing sensory and perceptual environments. However, neural circuits and molecular mechanisms of responsible for map plasticity are still largely unknown.  Thanks to the developments in high-throughput mapping of the transcriptome and proteome we know have an unprecedented look at the overwhelming majority of the molecular players in play as activity shapes network and animal behavior.  To address this, in WP1, ESR13 will take advantage of our recent transcriptomic (RNAseq) and proteomic (Mass Spectroscopy) mapping of the somatosensory cortex in single column and laminae resolution (Kole et al, Gigascience 2017a,2017b) in animals which had all whiskers intact, or in animal that received 2 week long whisker deprivation.  S/he will develop statistical methods for molecular target identification based on causal inference approaches.  In WP2, s/he will focus on single cell transcriptomics from the same region of the brain (Zeisel et al, Science 2015) to map the correlated changes across the transcriptome using information metric analysis.  The outcome is a directed network whose structure can be directly compared to the cellular network connectivity.  This comparison of the neighborhood will help shed light on the common rules of network connectivity across scales. Finally, in WP4, s/he develop methods to visualize these networks as topological networks.

1. Molecules of activity driven plasticity in the somatosensory cortex in a cell type specific manner

2. Common principles of network connectivity in molecular and cellular networks

An extended 9 month secondment (M21-29) with Georges Debregeas for functional confirmation of the molecular targets in controlling neuronal excitability in the zebrafish brain during sensory navigation.  The experiments will create direct synergy with ESR8, providing molecular insight into neuronal network activity and behavior.  The molecular tools required for targeted modulation of the genes of interest will be produced in the Viral Gene Core facility of the Department of Neurophysiology, Radboud University.

You will also be asked to play an active role in the organisation of the yearly events of the Nederlandse Hersenolympiade.

Enrolment in Doctoral degree(s): You will be enrolled  in the Donders Graduate School, Radboud University.

Apply at the Radboud University